“But one whom you forgive anything, I forgive also; for indeed what I have forgiven, if I have forgiven anything, I did it for your sakes in the presence of Christ, so that no advantage would be taken of us by Satan, for we are not ignorant of his schemes.”
(2 Cor. 2:10-11).

This is the last of four reasons Paul didn’t visit the Christians in Corinth – thwarting Satan’s strategies.

Satan is always seeking to form and reinforce unbelief in people’s minds, and Christians fall prey all too easily to these kinds of schemes. So before Paul will visit them, he will require the Corinthians to forgive the man who sinned against him in his prior visit. Which is another way of saying that he wants the body of Christ in Corinth to apply the gospel to the member of Christ’s body in Corinth, for the man is deeply sorrowful (v. 6).

The word for ‘schemes’ here is derived from the word “mind.” Paul is not speaking about how to defeat Satan through methods and strategies, as if that could be done, but through proper beliefs, specifically, beliefs formed by the gospel.

Satan seeks to make churches places that deny forgiveness to the broken – this is what Paul means when he says, “so that no advantage would be taken of us by Satan.” Churches will preach forgiveness but yet be taken “advantage” of by either sowing doubt in God’s redemptive purpose to forgive sin instead of heal it, or to use ‘groupthink’ to punish one who is already forgiven.

How wrong that is – but how much like the devil to reinforce those thoughts.

Notice Paul’s humility – he doesn’t have to hear the man who made his own life miserable personally ask his forgiveness in his presence. Instead he declares a blanket forgiveness – “in the presence of Christ” – so as to quash doubt, and secure the man’s release.

This is the last reason Paul has delayed in coming to Corinth.

For elders: Notice Paul’s lack of equivocation and plain-spokenness to the church. He is not double-tongued – giving one explanation to his inner circle of friends and another explanation to the church. What he speaks to one he speaks to all, for he carries out his ministry in the “presence of Christ.” Double -tongued elders carry out their ministries in the fear of people, seeking their approval lest their fears – the fears of the elders – come to pass.

Such men cannot minister the gospel of grace, but rather, can only minister the shell of the gospel – they forgive in word, but not in deed. They also hide from others who seek to call them to repentance. 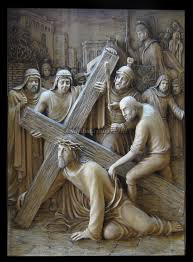