For several years now Dr. Bryan Cross, Roman Catholic apologist, has been putting Protestants to flight with his article “Ecclesial Deism.” While some of them have landed in Rome as converts, most have tried lobbing non-sequitur arguments his way. Dr. Cross, no one’s fool, has dismantled their arguments with precision and patience. For the most part he has left them baffled and in some cases, convinced them that Rome really is home.

As Dr. Cross sees it, Protestants ought to abandon their schismatic ways and come back “home” to Rome. Protestants have a more colorful way of describing such conversion: “swimming the Tiber.” The Tiber is a river in Italy that must be crossed if one is to enter Vatican City from the east, and so swimming it makes an apt metaphor for leaving Protestantism and embracing Roman Catholicism.

What is his basic argument? That “the Church” develops and grows in doctrine through time, and has been developing doctrine ever since the days of Christ’s apostles. To disbelieve that it develops doctrines, as Protestants claim, is to believe that Christ abandoned “the Church” after the apostles passed away. He writes,

“Ecclesial deism is the notion that Christ founded His Church, but then withdrew, not protecting His Church’s Magisterium (i.e., the Apostles and/or their successors) from falling into heresy or apostasy.”

To date his challengers, including yours truly, are interspersed among the 400+ comments. Many, like myself, are Protestants. And so far as I can tell, most Protestant interlocutors fail to answer his basic argument mainly because they accept his two foundations. Those are, an errant definition, and a fatal misquote.

First, An Errant Definition of “Church”

Dr. Cross uses the term “Church” in a way that suits his purposes but opposes its meaning as spoken by Christ and detailed out by His apostles. Dr. Cross’s “Church” is the Roman Catholic hierarchical institution, which for centuries has defined itself as growing in doctrinal development in accordance to its own means as time goes along. Cross never defends but merely asserts this capital C “Church” as early as His third sentence:

“… was the Church then left to fall into heresy and apostasy?”

To disbelieve this capital C “Church” did not develop after the apostles passed away is to believe that Christ, according to Dr. Cross, left “the Church” alone, even as the god of the Deists created the world and left it alone. It is a disbelief equivalent in nature to Mormonism:

“… like the Mormons I too believed that shortly after the death of the
Apostles the Church had begun to fall into various errors,
minor at first but progressively more serious.”

However, if Dr. Cross’s “the Church” is seen to be an invalid definition of “church” by the measure of Christ and His apostles, then his argument collapses on itself. And indeed, that is exactly the case. In the New Testament the term ‘church’ is defined in only two ways: universal and local.

The universal church includes all those with saving faith in Christ who are in three conditions: presently in heaven, presently on earth and are by grace believing, and those who have yet to believe but shall believe by grace in the future. Second, a local church is comprised of all those who reside in a geographically concise region and gather weekly to worship Jesus Christ. This is explained further in my articles, Jesus Defines His Church, and When is a Church not a Church.

Protestants are vulnerable, for they too believe in something called “the Church,” also written with a capital C. They believe in something called “the invisible Church.” Thus Dr. Cross and his many Protestant commenters both refer to “the Church” but talk past each other, each meaning something the other does not. Yet when the Protestants discuss Ecclesial Deism, they must accept his definition or be irrelevant to his entire article. This is why they are consistently corrected by him on their error according to his terms. Yet for all this, they do not acknowledge that his capital C Church is not a church.

Why? There is no definition of ‘church” expressed by Christ or His apostles of a visible worldwide institution under a hierarchy of bishops, as Roman Catholicism accepts, and for this reason, Roman Catholicism cuts itself off from Christ and His apostles instead of being built upon them. The same is also true of an “invisible church” in Scripture. It is nowhere to be found. This also is explained further in my articles The Importance of Being Catholic and The Church Dissonant.

Dr. Cross replaces a simple but significant verse of Scripture in order to defend his understanding of “the Church.” He cites John 16:13 but makes a fatal error with it in order to create the doctrine he already believes. In that verse Jesus speaks to the apostles in the upper room and says to them,

“the Holy Spirit will guide you into all the truth.”

Dr. Cross misquotes it as saying,

“that the Holy Spirit will guide her into all truth”

where the “her” is the Roman Catholic Church (see his footnote 16).

The result renders Jesus Christ the student under the tutelage of Roman Catholic dogma, rather than vice-versa. But in John 16:13 Jesus didn’t speak to “her,” that is, a future religious institution based in Rome, or even “a universal church.” He, the Lord of the churches, made a promise that the apostles would receive all the truth and not, as Cross claims, just some of it. It’s a point that appears lost on Dr. Cross’s definition of “Church,” for if His Church doesn’t right now have “all the truth,” then how can Jesus’ alleged promise to “her” be fulfilled?

Actually, the churches of Roman Catholicism do have “all the truth,” right now, in the writings of the apostles. They just don’t have the faith to accept Jesus’ promise in this text. This omission requires their faith to grow more aberrant yet, since neither Jesus nor the apostles said anything about successors receiving ongoing revelation. Indeed, what “developing truth” could be revealed to successors if “all the truth” has already been revealed to His apostles? If successors get more truth later on, then the apostles could not have received “all the truth.” One can either have Christ’s chosen apostles and prophets for the foundation of the Church (Eph. 2:20), or can reject them and trust in Roman Catholicism.

Since the former is impossible, Roman Catholicism is built on a deadly lie, that Jesus Christ did not keep His promise in John 16:13. As a son of Rome, Dr. Cross has exchanged Christ’s promise with his own theology, showing that Dr. Cross’s ecclesial deism is a false accusation not merely against men, but the Lord. For a more extensive treatment of this, please read Apostolic Succession, Tongues, and Prophecy.

Evidence from the Protestant Creeds

Since Protestants universally take their definition of “Church” from Western church history and not from Scripture, the Tiber is a short swim for them. Even their confessions teach the basic strokes since they, like Cross, define “the Church” based on Roman Catholicism:

Evidence from the Converts to Rome

Therefore, Protestants are ever vulnerable to accept Rome’s definition of “Church” since they, like Roman Catholics, rely on history instead of Scripture for their definitions. It’s why one famous Presbyterian convert to Rome writes,

“In the case of Sola Scriptura, I, as a self-described Reformed non-evangelical, considered the distinction between Solo- and Sola Scriptura as absolutely essential to my own spiritual identity…. it was the evangelicals who interpreted the Bible in isolation from history and tradition, not the Reformed. Therefore as one can imagine, when I was confronted with Catholic claims that called this crucial distinction into question, it was a sucker-punch of epic proportions.”

When another Orthodox Presbyterian pastor converted to Catholicism, he explained why,

“The Scriptures are an incomparable guide for the moral life of the
Christian, but they nowhere claim to be a comprehensive
source for doctrine, worship, and the
government of the Church.”

Yet that is exactly what Jesus promised his apostles in John 16:13: all the truth. Whatsoever else could He have meant? Having lost hope in Jesus’ words, the ex-Protestant pastor trusts something not taught by apostles – “the Church:”

“It became clear to me that the Bible and Church history confirm and corroborate this important teaching of the Catholic Church. Jesus gave us a Church with a book, not a book with a Church.”

A capital C Church on earth? When he swam the Tiber he never had to change that part of his doctrine, for his Protestant theology likewise teaches a universal church on earth (which allegedly is invisible).

But the Christ of Scripture never speaks of a capital C Church on earth. Instead:

Not “the Church,” but the churches. How big is the difference? As wide as the difference between fantasy and reality. He speaks today, not to “the Church” but to all the churches in His written word, whatever their spiritual condition. His message  to them regards how important it is not to add to or subtract from the doctrines He has revealed in Scripture:

I testify to everyone who hears the words of the prophecy of this
book: if anyone adds to them, God will add to him the
plagues which are written in this book;

and if anyone takes away from the words of the book of this
prophecy, God will take away his part from the tree of life
and from the holy city, which are written in this book.”
(Rev. 22:18-19)

When I entered the Ecclesial Deism discussion two years ago, I wrote about this judgment at work,

“There is another option to Ecclesiastical Deism in describing Christ’s
relationship to the Church through history. It is Ecclesiastical
Judgment, the personal presence of Christ walking among
the lampstands assaying each individual church.

Read Revelation 2-3. Five of seven receive negative remarks,
some quite severe. He isn’t distant or removed from
church history. Instead, church history bears
witness to the Apostle Peter’s prophecy:”

“For it is time for judgment to begin with the household of God;
and if it begins with us first, what will be the outcome
for those who do not obey the gospel of God?”
(1 Peter 4:17) 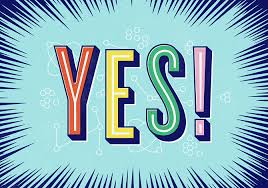